We decided a while back that the library ceiling was one of the few that we’re going to take down. There are reasons. One of which is the mystery light fixture that doesn’t work (the one that doesn’t work is over the sink—naturally). Another is ambient light. It’s so very dark in there, and always will be since it has no windows, that having a standard white ceiling will probably help. It’ll help make it feel a little higher, too, and since it’s less than eight feet high that’s a good thing. Plus, with the ceiling down we can see how the furnace in the downstairs closet connects to the heat pump, we can more easily get to the spots in the kitchen where we need to run gas pipe for the cook top, and lots of other things. So, the ceiling must come down.

Part of our task this day was to remove the rest of the back of the guest room’s closet wall. It started out looking like this: 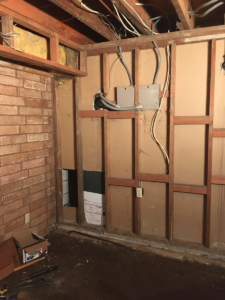 There’s that silly furnace in there, and we checked into it. Yeah, sure, we can move the furnace out of the closet, and into the garage where it belongs. For a small fee. Right. How about if we turn it instead, so that we can access it from the library instead of from the inside of a clothes closet. Okay. That’s doable. The sheet rock has to come down, though. That’s one bit of demolition that Dave really got into. There’s no point in trying to save and reuse sheet rock, so the big hammer came out, and a few minutes later the closet looked like this (and then I cleaned up the debris): 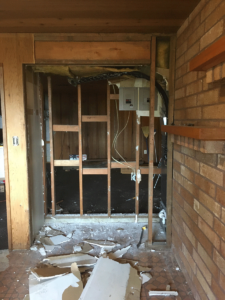 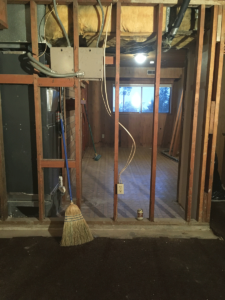 Now for the ceiling?

But wait! We have to take the board and bat walls down before we can remove the ceiling. Joy. Here’s what the room looked like when we started: 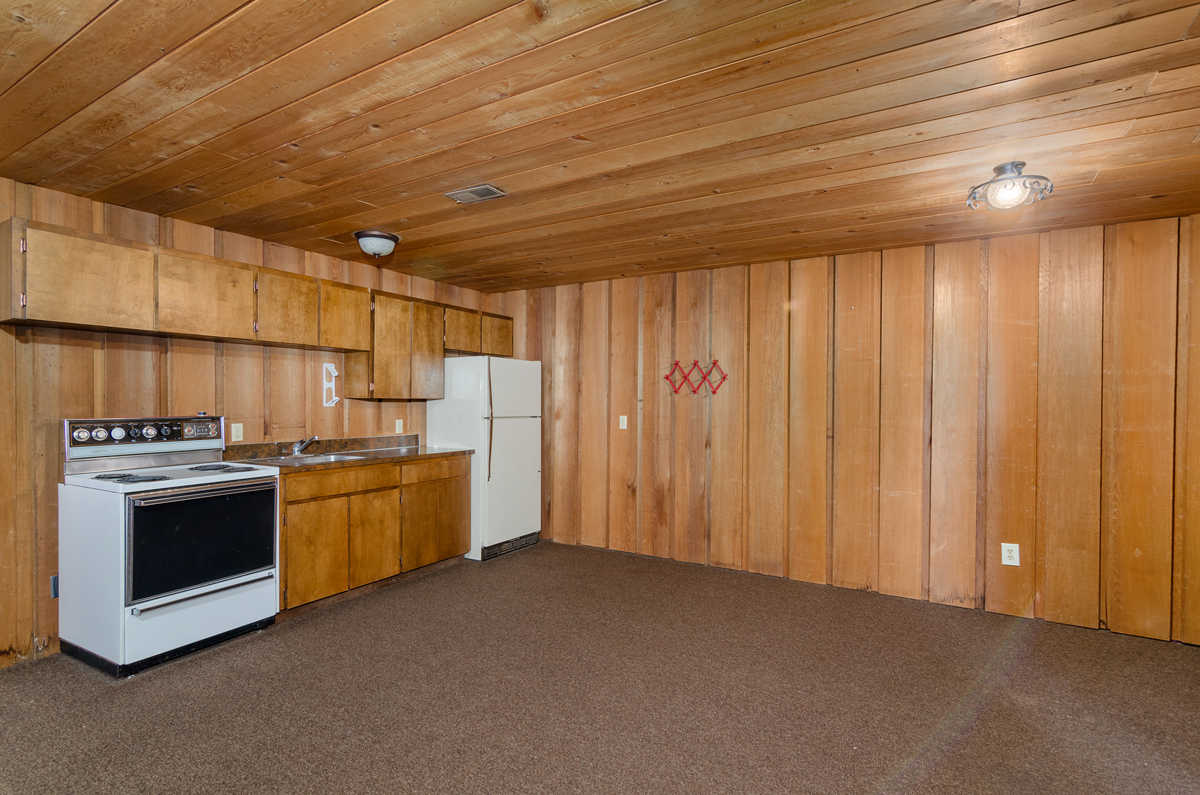 For the most part, removing the board and bat walls is a simple thing. Most of them are held up by only a couple nails and a whole lot of habit. There are some that are a bit more complicated, though. Like the ones behind the appliances, especially the wall boards behind the sink. Well… we (and when I say “we” I mean Dave) moved the fridge and the range out of the way, but we weren’t prepared to deal with plumbing that day, so what to do about those walls? Dave took out his handy new multi-tool, and cut the boards above the back splash. Ta da! We’ll worry about the lower half of those wall boards later. 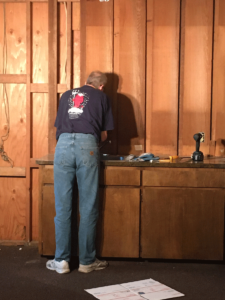 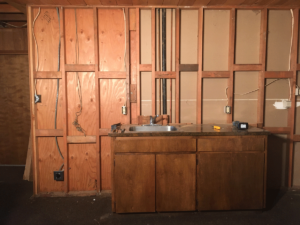 Now for the ceiling!

With those wall boards out of the way, the ceiling is much easier to get down. While Dave wrenched at it, I mostly pulled nails out of planks that had already been removed. Once in a while I ran into the library to catch the end of a board as it fell off of the ceiling. This was a dicey thing. I had to put up my arms out, in the right place, and then quickly close my eyes so that falling icky stuff wouldn’t blind me. I actually did catch a few. 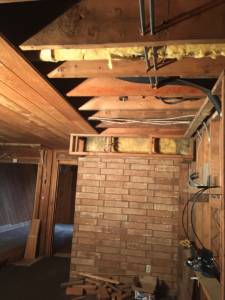 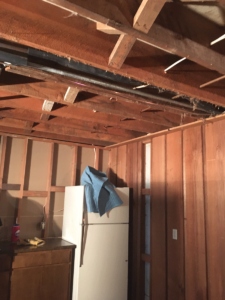 Now that most of the ceiling is down, everyone who needs to see where the plumbing and electrical stuff is going, needs to go, can go can actually see what they need to see. It’ll make working on all that stuff so much easier, too.

My gratuitous view shot of the day isn’t actually a photo of our view. Instead I captured a photo of our very first camellia flower! This flower is probably at least ten feet off the ground, and the rest of the plant soars above it. But look! How pretty. 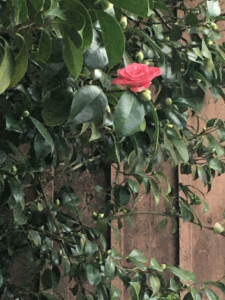